The Council of Europe (CoE; French: Conseil de l'Europe, CdE) is an international organisation founded in the wake of World War II to uphold human rights, democracy, and the rule of law in Europe. Founded in 1949, it has 46 member states, with a population of approximately 675 million, and operates with an annual budget of approximately 500 million euros. 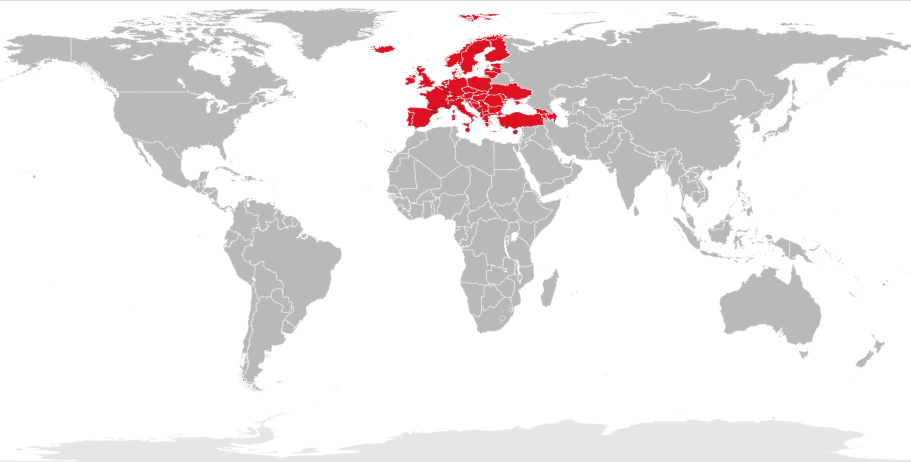