OSCE - Organization for Security and Co-operation in Europe

The Organization for Security and Co-operation in Europe (OSCE) is the world's largest security-oriented intergovernmental organization. Its mandate includes issues such as arms control, promotion of human rights, freedom of the press, and fair elections. The OSCE is concerned with early warning, conflict prevention, crisis management, and post-conflict rehabilitation. Its 57 participating states are located in Europe, northern and central Asia, and North America. The participating states cover much of the land area of the Northern Hemisphere. It was created during the Cold War era as an Eastâ€“West forum.

Identify which states belong to the Organization for Security and Cooperation in Europe (OSCE).

Identify the state or states that belong to the OSCE.

Identify the state or states that belong to the OSCE. 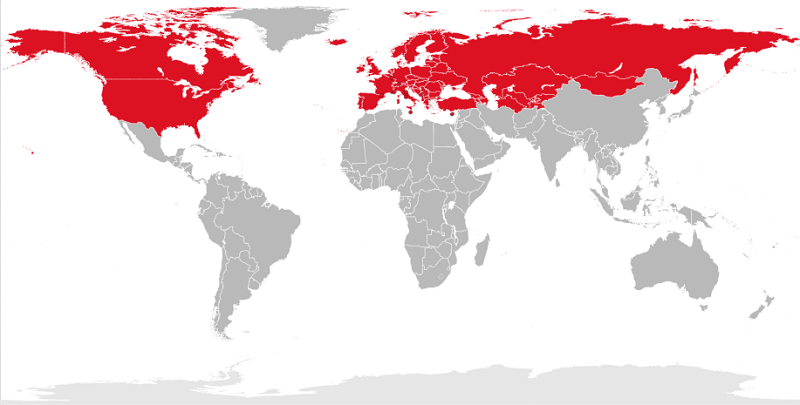