The Organisation for Economic Co-operation and Development (OECD; French: Organisation de coopĂ©ration et de dĂ©veloppement Ă©conomiques, OCDE) is an intergovernmental economic organisation, founded in 1961 to stimulate economic progress and world trade. It is a forum of countries describing themselves as committed to democracy and the market economy, providing a platform to compare policy experiences, seek answers to common problems, identify good practices and coordinate domestic and international policies of its members. Most OECD members are high-income economies with a very high Human Development Index (HDI) and are regarded as developed countries. OECD is an official United Nations observer.

Identify which states belong to the Organisation for Economic Co-operation and Development (OECD).

Identify the state or states that belong to the OECD.

Identify the state or states that belong to the OECD. 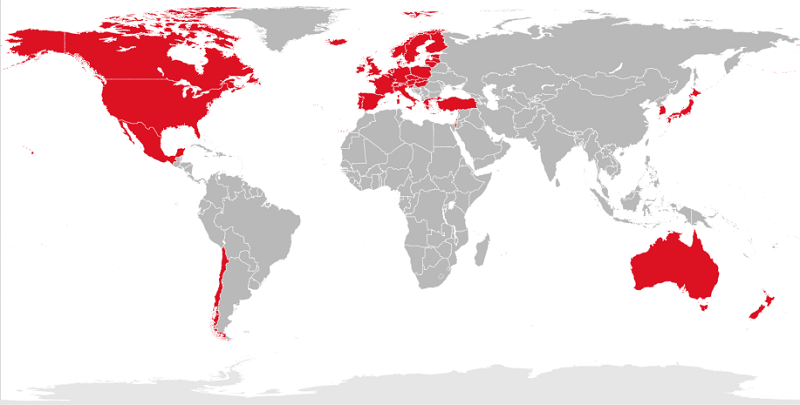