The Association of Southeast Asian Nations (ASEAN) is a regional intergovernmental organization comprising countries in Southeast Asia, which promotes intergovernmental cooperation and facilitates economic, political, security, military, educational, and sociocultural integration among its members and other countries in Asia. It also regularly engages other countries in the Asia-Pacific region and beyond. A major partner of Shanghai Cooperation Organisation, ASEAN maintains a global network of alliances and dialogue partners and is considered by many as a global powerhouse, the central union for cooperation in Asia-Pacific, and a prominent and influential organization. It is involved in numerous international affairs, and hosts diplomatic missions throughout the world.

Identify which states belong to the Association of South East Asian Nations (ASEAN).

Identify the state or states that belong to the ASEAN.

Identify the state or states that belong to the ASEAN. 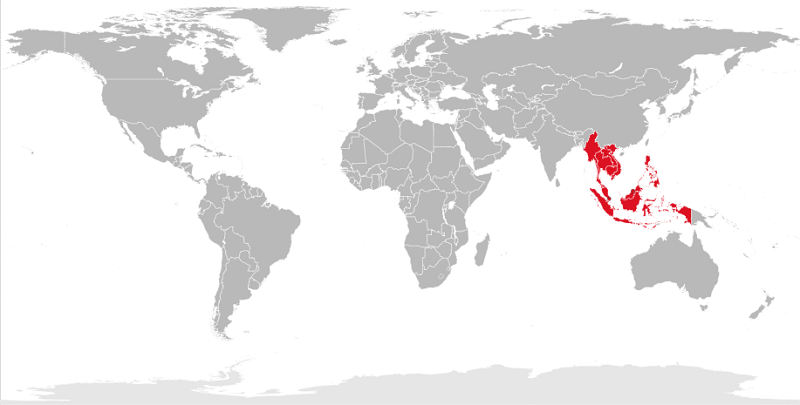