The European Union (EU) is officially a political and economic union that aims to improve cooperation in Europe.

The Union's aim is to promote peace, its values â€‹â€‹and the well-being of its people. In particular, the Union shall provide its citizens with an area of â€‹â€‹freedom, security and justice without internal frontiers in which the free movement of persons is guaranteed. It creates an internal market and strives for the sustainable development of Europe, based on balanced economic growth and a highly competitive social market economy and environmental protection. It promotes scientific and technical progress and combats social exclusion. The objectives further include promoting economic, social and territorial cohesion and solidarity between Member States. The Union creates an economic and monetary union whose currency is the euro. In its relations with the outside world, the Union shall uphold and promote its values â€‹â€‹and interests and contribute to the protection of its own citizens. According to the Treaty, it contributes to peace, security, sustainable development of the planet, free and fair trade, poverty eradication, protection of human rights and respect and development of international law.

Identify which states belong to the European Union.

Identify the state or states that belong to the EU.

Identify the state or states that belong to the EU. 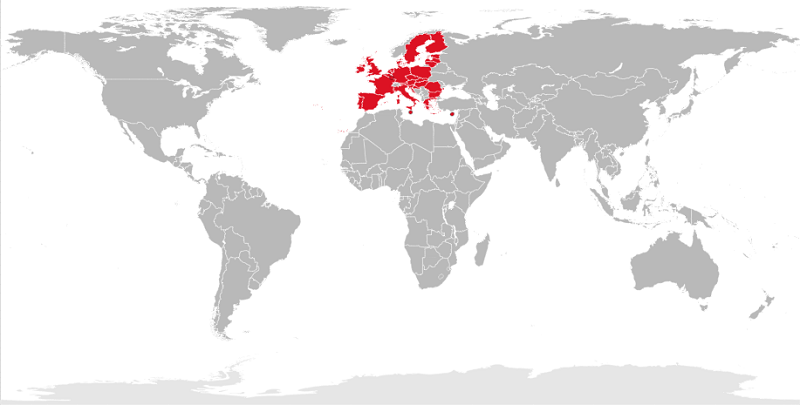