Mercosur (in Spanish), or Mercosul (in Portuguese), officially Southern Common Market, is a South American trade bloc established by the Treaty of Asunción in 1991 and Protocol of Ouro Preto in 1994. Mercosur's purpose is to promote free trade and the fluid movement of goods, people, and currency. Since its foundation, Mercosur's functions have been updated and amended many times; it currently confines itself to a customs union, in which there is free intra-zone trade and a common trade policy between member countries.

Identify which states belong to the Mercosur.

Identify the state or states that belong to the Mercosur.

Identify the state or states that belong to the Mercosur. 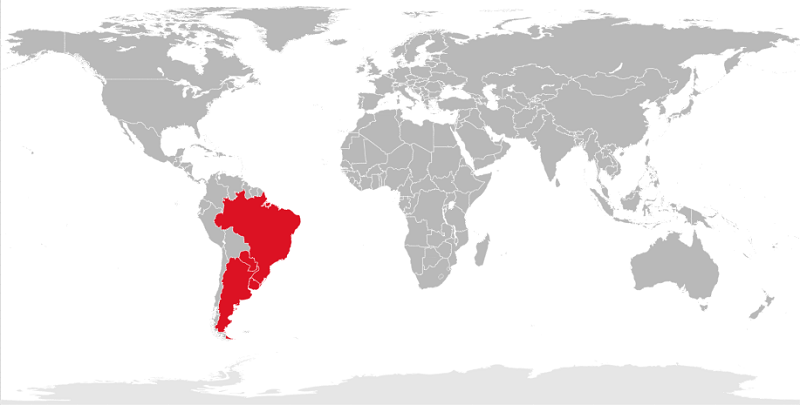